Filmed in Diamond Tooth Gertie’s Casino in Dawson City in the Yukon “Diamond Double” is a video diptych of two single-channel shots of both artists losing $5 on the same slot machine (for which the piece is named). We came up with the concept while watching people whom we noticed were expressionlessly playing the slot machines in this restored gold rush-era gambling hall, the blank faces of these gamblers failed to register any expression of emotion, let alone the ecstatic excitement that supposedly accompanies a carnival-like atmosphere. “Diamond Double” explores the darker side of the carnivalesque by considering Bakhtin’s argument that the carnival ultimately serves to reinforce the dominant order by providing an illusion of freedom through the temporary inversion of ruling norms. The contemporary use of carnival aesthetics in electronic gambling provides the illusion of freedom from the everyday, but the expected release does not come, instead participants are stripped of joy in a carnival of capitalist manipulation that is supported by their own willingness to be deceived. The couple before us on the screen are engaged by the “vices” of contemporary life which leave them alienated in their experience of the carnivalesque.

Exhibited as part of Disconneced group exhibition at Modern Fuel Gallery in Kingston, ON, 2006. Curated by Vincent Perez and Lindsay Fischer.

Screened as part of The Carnivalesque: Videos of a World Inside Out at Trent University in Peterborough, ON, 2005. Curated by Miriam Jordan & Julian Haladyn. 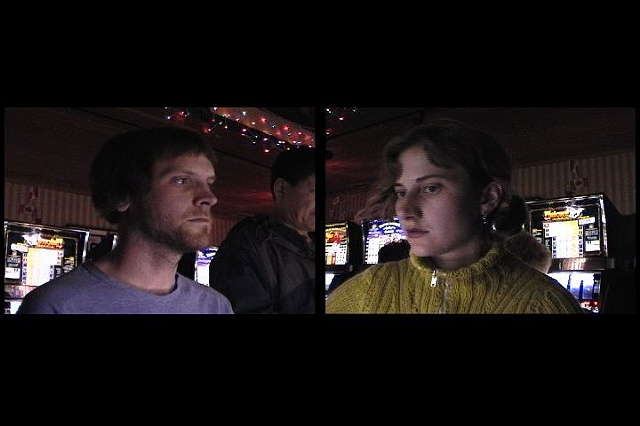 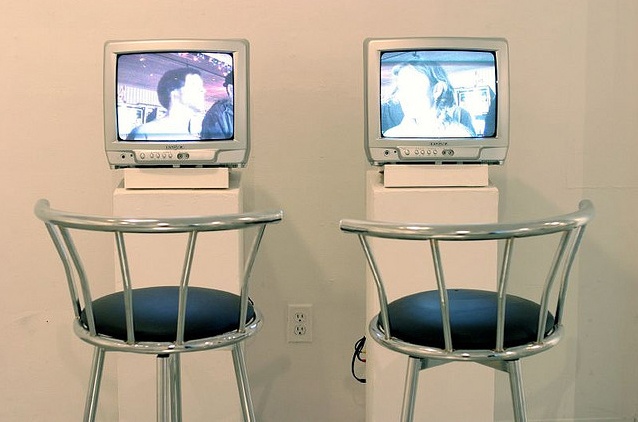