“After the SGS is launched into orbit from Earth, it will Launch from it a spacecraft that will be controlled by signals that the SGS will relay from Earth and will use solar energy and the gravitational pull of the planets to navigate the solar system as it projects signals throughout the solar system in the hope that they will be noticed by other sentient being(s). The SGS will orbit Earth obtaining many functions including acting as an ELP (External Launch Pad) and a MCDL (Micro Communications Data Liaison) between our secret headquarters in the Arctic and the Spacecraft.”

The McCleave Gallery of Fine Art (est. 2002) is a performance-based curatorial project consisting of a portable, nomadic suitcase art gallery available on a ‘by chance or appointment’ basis. Curatorial statements and exhibition themes vary from season to season as the gallery travels, accompanied by an attendant, presenting it in an adjustable manner, responding to the places that we are visit by attempting to participate in and honor our host cultures while sharing with them a small sample of our own. Michael D. McCormack has worked for the McCleave Gallery of Fine Art since it’s conception and is now a representative of the Suitcase Art Gallery Space Research Institute (SAGSRI), an agency that is spearheading the first ever attempt to launch a suitcase Art gallery into outer space.

Artists Jo Cook and Susan Hawkins, Chris Dunnett, Justin Tyler-Tate, Karl Skene, Pavitra Wickramasinghe, Marco D’Andrea, Dustin Wilson, Dallas Wherle and Peter Gazandaam, and Amos Latteier have completed 9 works to accompany the McCleave Gallery in it’s first ever Space Mission, using the research facilities at SAGSRI in it’s secret location in the Northern Arctic regions of Earth. Over the fall of 2007 and the winter and spring of 2008, SAGSRI will send a selected representative to various neighbouring regions and nations (such as Canada) to exhibit and explain the progress of this mission using multimedia, installation, storytelling, and lectures.

The aim of this installation is to provide a versatile and interactive exhibition format for public engagement in a variety of locations and formats. Situating and exhibiting the work in a setting or structure that has been abandoned or unused by a community will literally bring the viewers to a space that has often been ignored or overlooked. By utilizing such a structure as an exhibition space, we hope to construct a ‘history’ of the space, bringing awareness and appreciation to it, while encouraging discussion and activity around how we place value to our exhisting resources while continuing to strive for the ‘unknown’ or the ‘final frontier’. 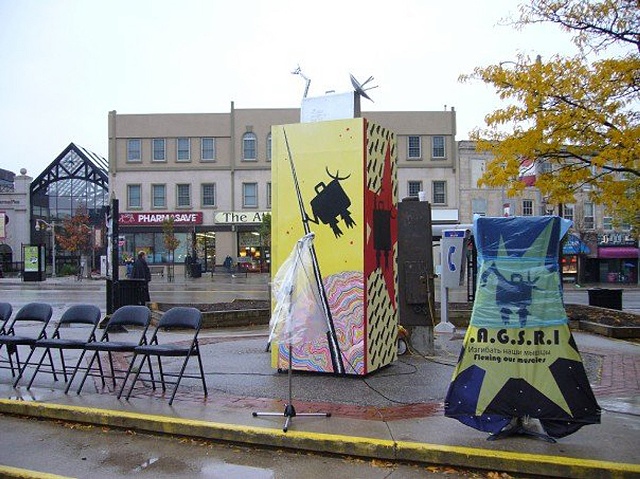 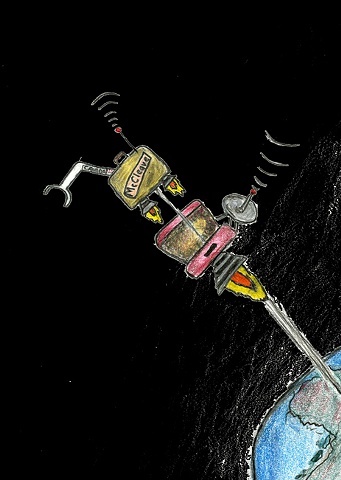 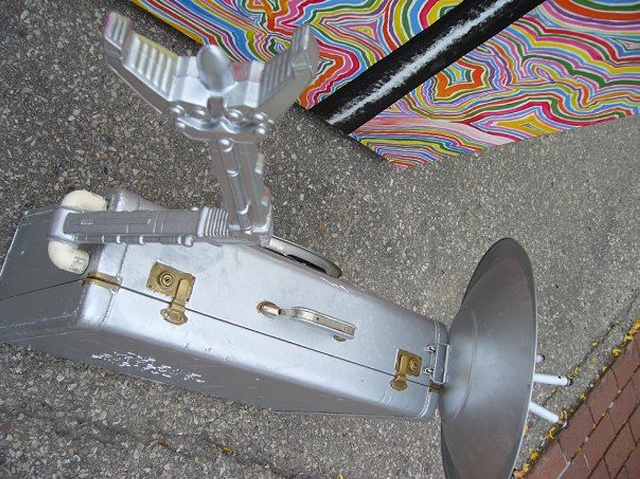 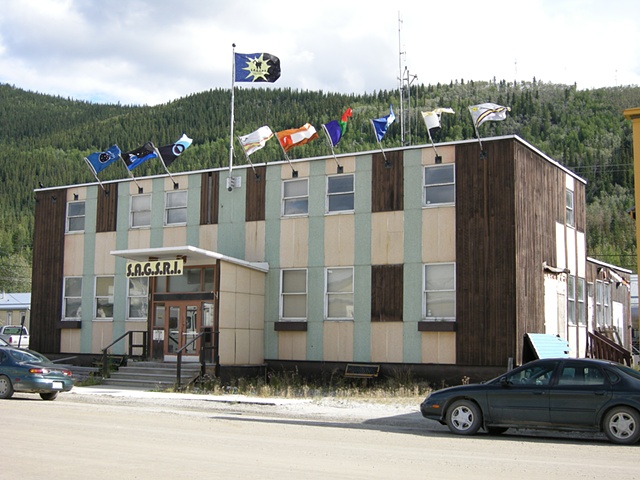 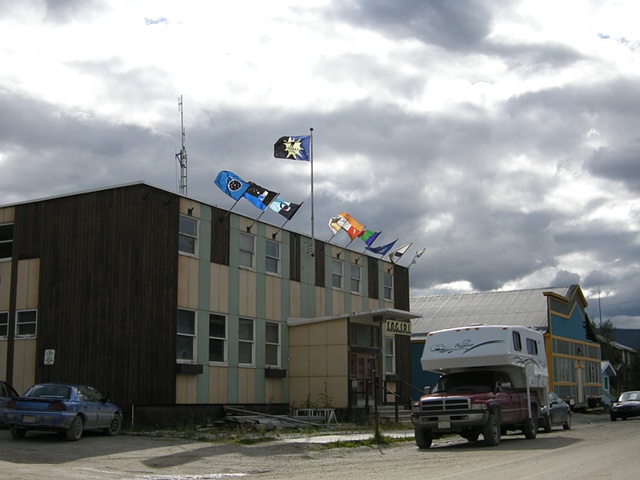 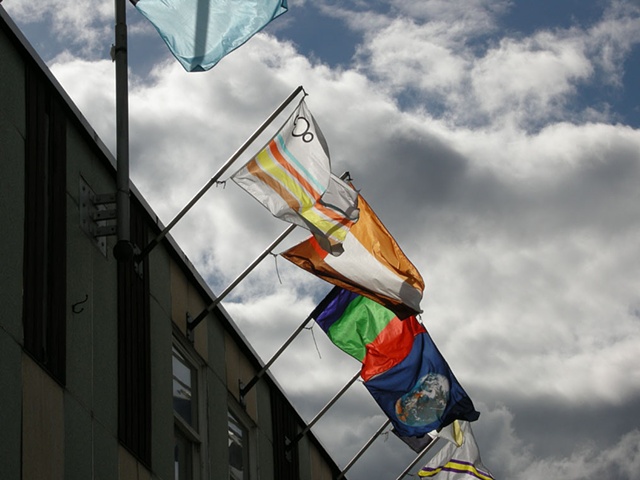 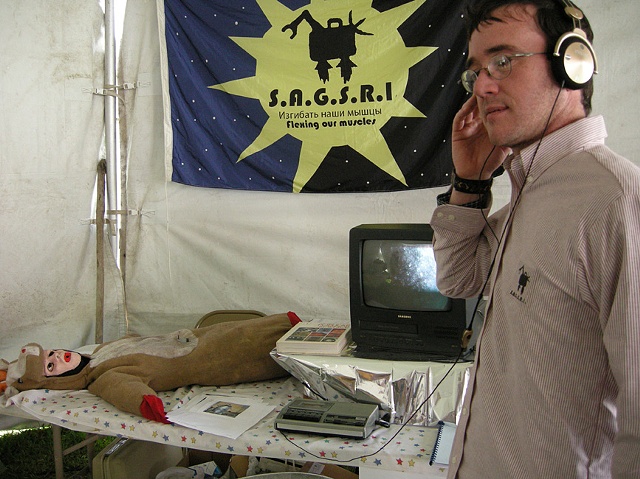 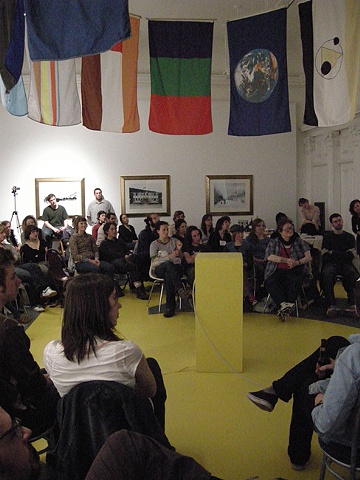 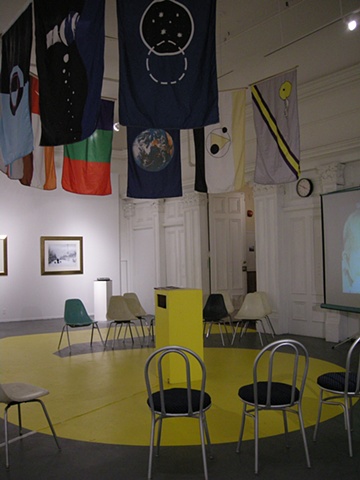 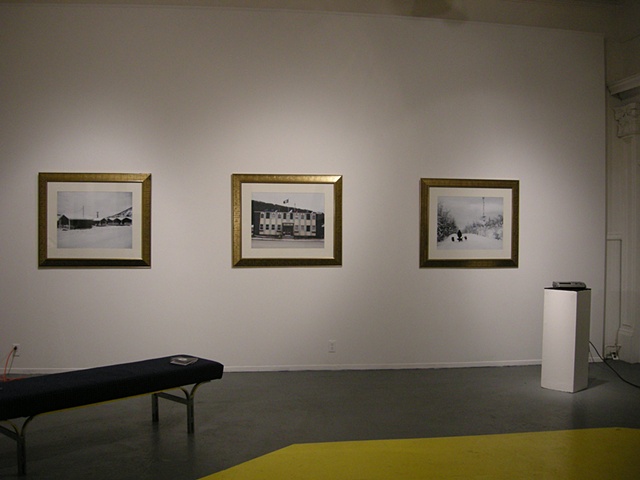 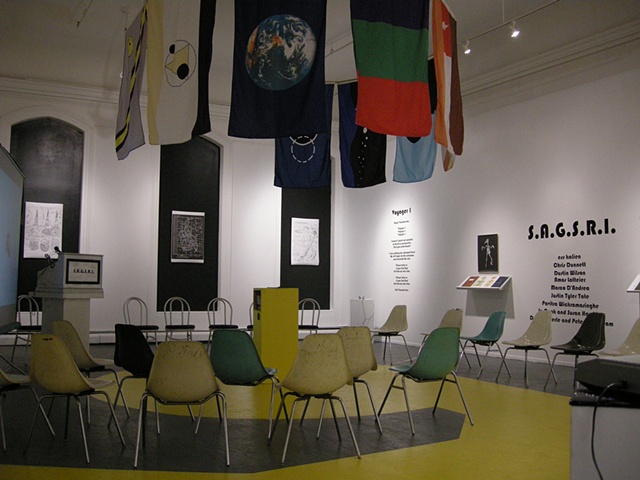 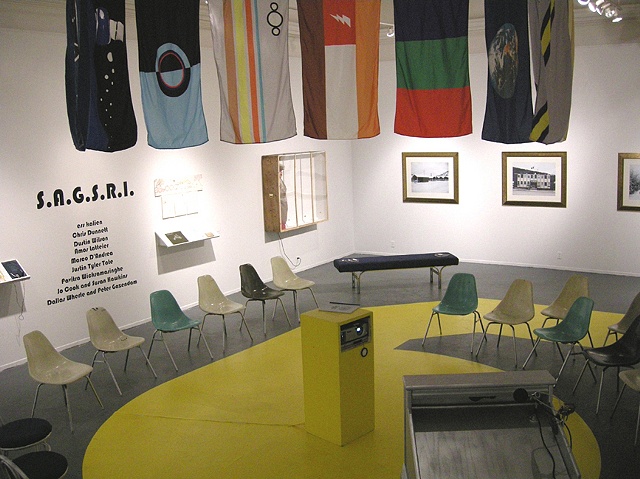 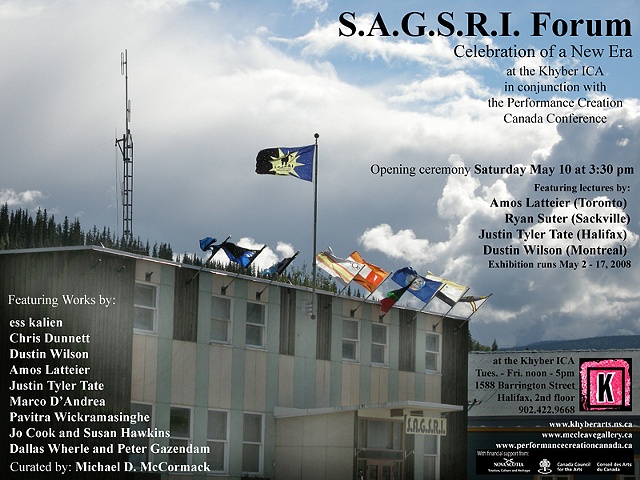 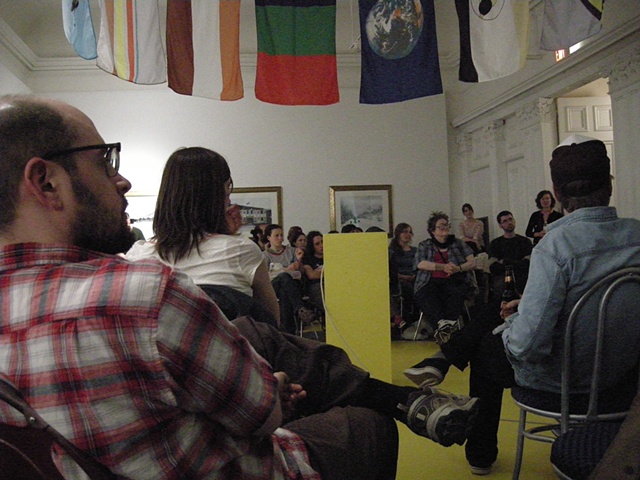 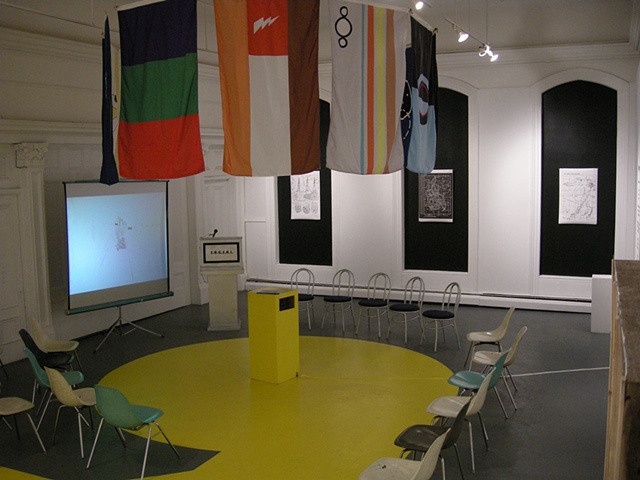 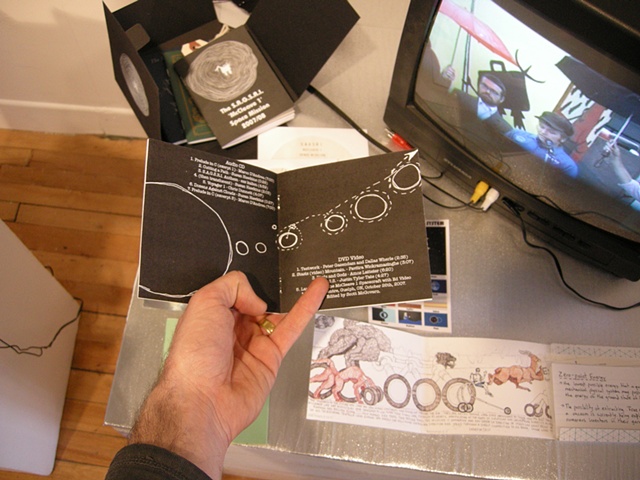 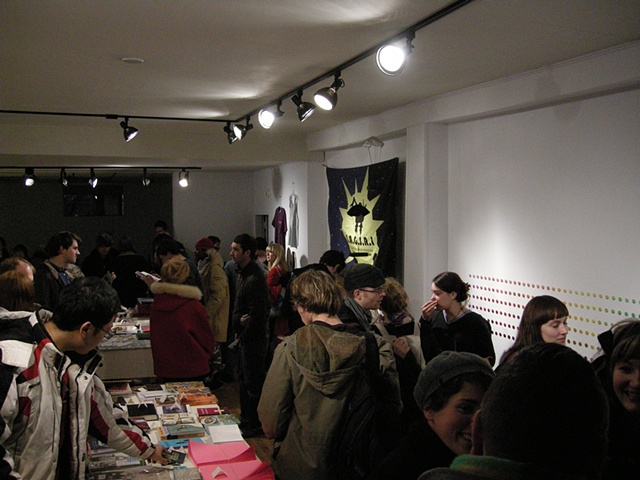 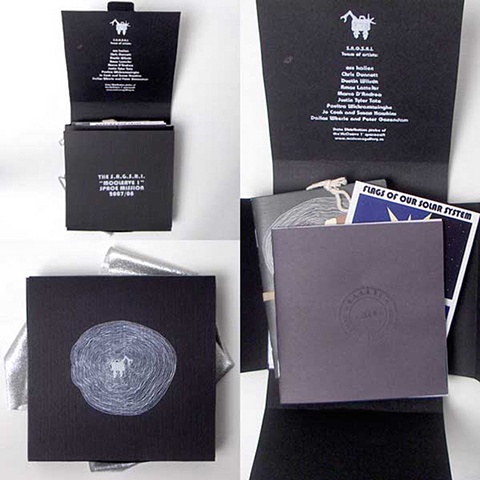 DDP's of the 'McCleave 1' Space Mission 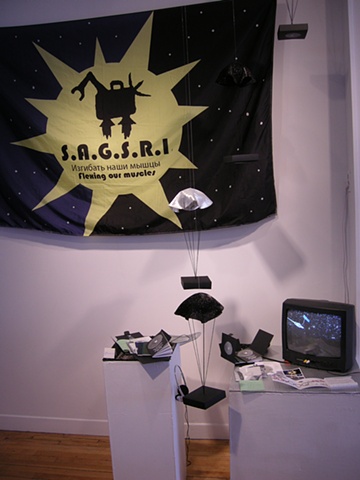 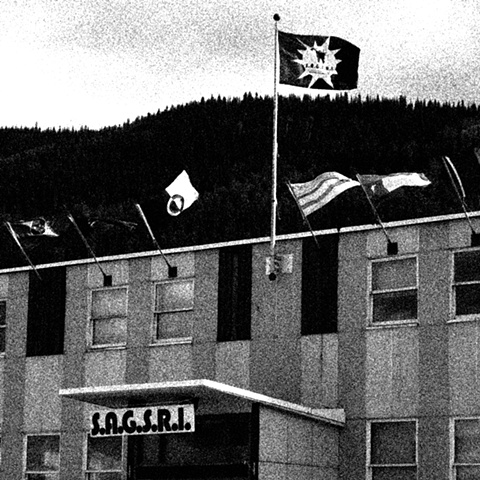