SIGNAL/FLOE documented by Pat Bonner, Edited by Michael McCormack. Sound is a collaboration between Michael McCormack and Colin Hill. Audio track is an altered recording of a heartbeat, which I then distorted to sound like a sonar or radar. Thinking of the mechanisms within the body that act like the radar, a pulse, or an internal rhythm.

SIGNAL/FLOE was installed on the Kennebecasis River outside of Saint John, NB as part of an exhibition with Third Space Gallery that involved making thirty hollow ice sculptures that were made from 45 gallon barrels cut in half to be used as moulds. The 12 moulds were filled with water from a nearby freshwater brook and when frozen the half-barrels of ice were dragged out to the frozen river where they were placed in a scattered formation. The result appeared as thirty oil barrels floating down the Kennebecasis river towards Saint John, NB.

The installation was location in Rothesay, NB, home of Irving Oil, within a landscape that for centuries has largely depended on the river itself, its watershed and natural surroundings. 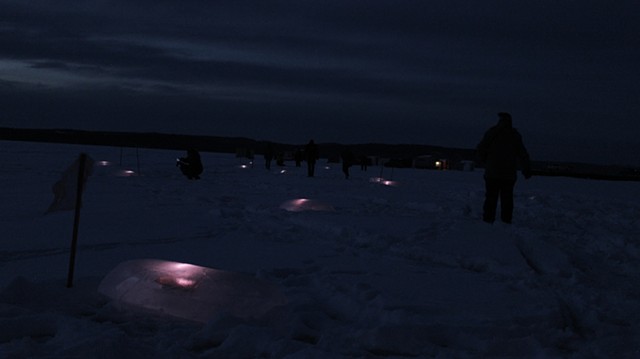 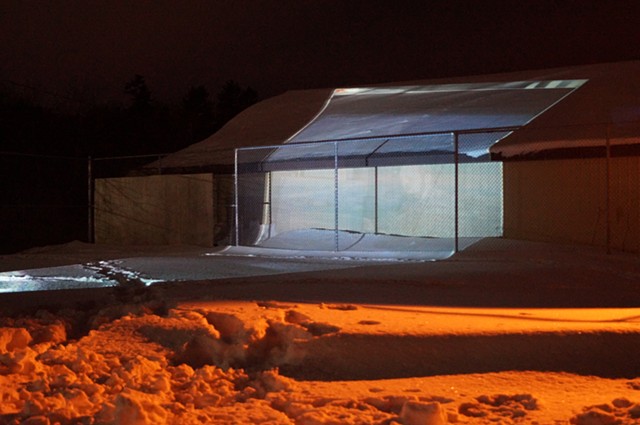 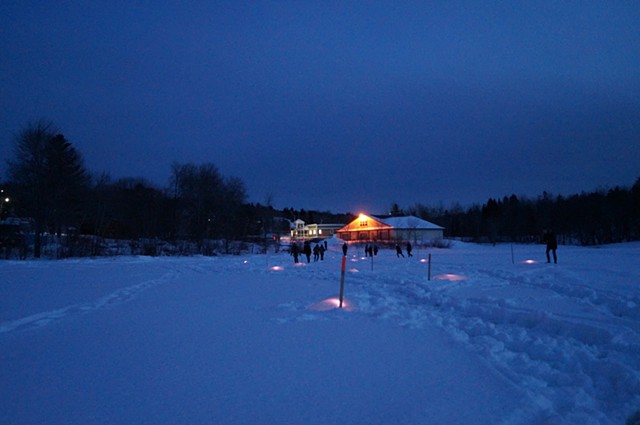 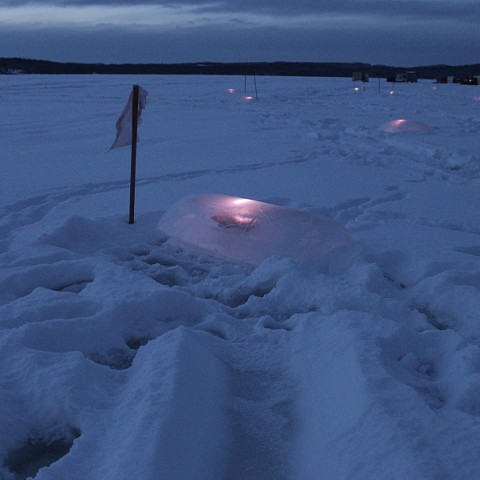 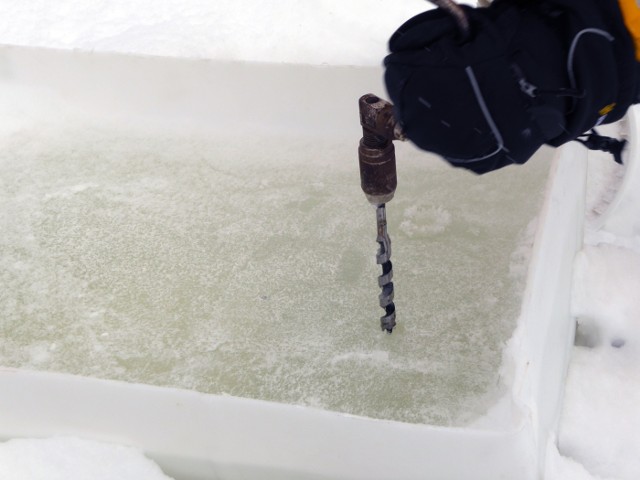 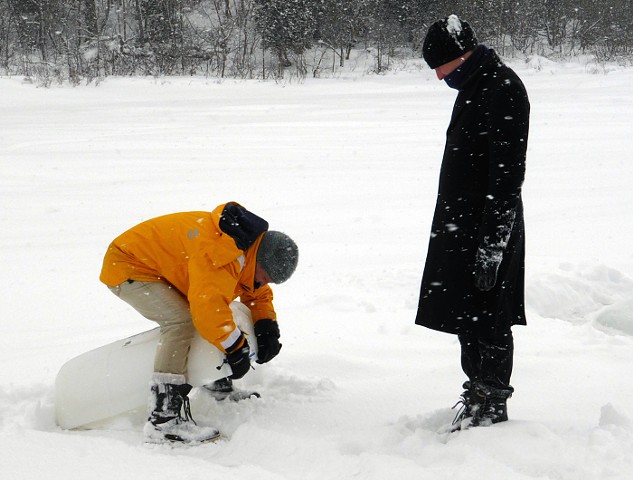 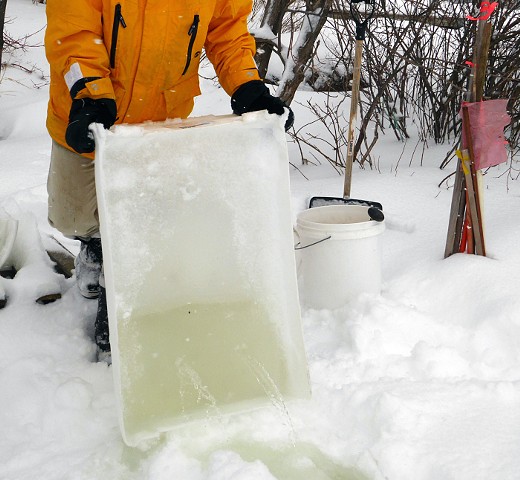