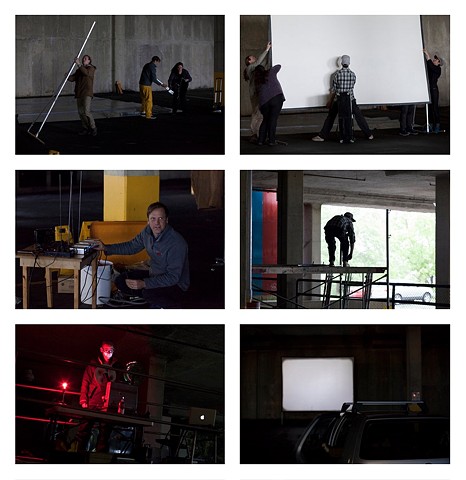 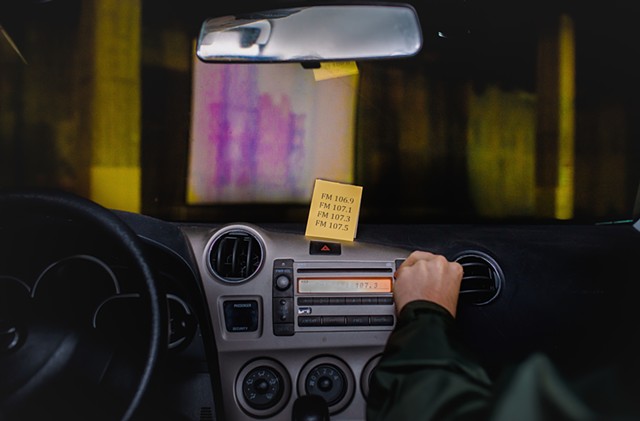 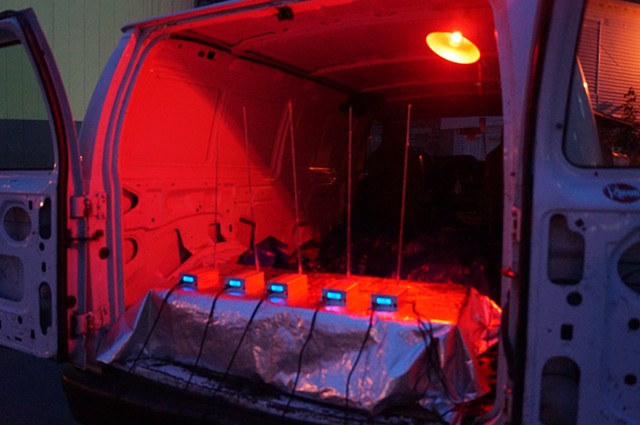 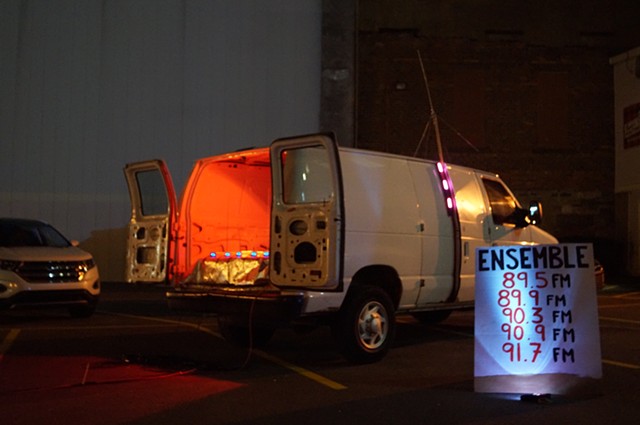 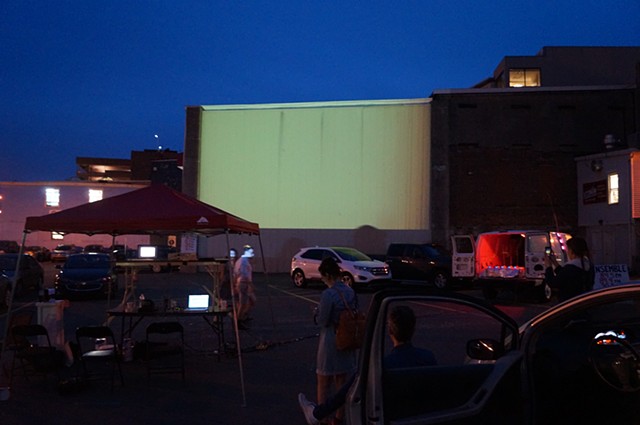 ENSEMBLE is an interactive multimedia installation that was designed with the collective At The Reception (Kiersten Holden-Ada, Zak Miller-Ada, and Michael McCormack) that uses broadcast media technology to project the sounds of a traditional pit orchestra within the setting of a drive-in movie theatre. This collaborative project brings together two streams of work stemming from McCormack’s practice exploring communicative and archival media and Holden-Ada & Miller-Ada’s work utilizing interactive audio installation to activate people and spaces. ENSEMBLE cumulates these two approaches, engaging participants through interactivity, while initiating conversation around techniques of centralized media distribution through architecture, cinema, and performance.

Since the opening of the first partial drive-in theatre in 1915, drive-in movie theatres have been emblematic of the intersection between North America’s infatuation with automobiles and theatre in the early and mid-20th Century. In 1933, Richard Hollingshead capitalized on the fact that despite the depression, people continued to attend movies, and began experimenting with showing outdoor movies in his backyard. They increased in popularity throughout the in 1950’s and 60’s, and even though they have dwindled in popularity, there still are a few existing drive-ins that function today.

In theatres in the 1500-1600’s, the orchestra pit was also called “the yard” and it was situated on a lower tier on which “lower-class” members of the audience would stand to watch the show. The significance of using sounds of a pit orchestra brings two very impactful phases of cinematic history together: the drive-in cinema, and the invention of the orchestra pit. This highlights the hierarchies of class and social status that have been applied to traditional theatre, the divisional relationships between pedestrian, and the experience of “private space” that an automobile provides within a drive-in theatre.

ENSEMBLE is tailored to the site of a drive in theatre, and how they function as temporary semi-private spaces, blurring the line between wilderness and suburban, inside and outside, experience and memory. We continue to conduct primary research on-site at drive in theatres and in meeting with the owners and operators to learn about the technical, historical, and sensorial elements of drive-in movie culture.

Accompanying the audio component of the project is an on-screen projection of the ends of 16mm film reels. The light and texture from these reels will illuminate the space, creating a spectrum of various ages of 16mm film that we have previously collected. These reels were compiled during the creation phase of this project in the spring of 2017, and a completed fifteen minute 16mm film reel is part of the presentation.

ENSEMBLE has been exhibited at HOLD FAST festival in St. John's, NL, Lumiere Festival in Sydney, NS, and HIFF in Halifax, NS. It is scheduled for more in 2018 (TBA).

Funding for the creation of this project was generously supported by Arts Nova Scotia.